I wanted to post about a few books I've been reading that I think would be tremendously helpful for most of the members here.

This book is about understanding the effects of parents who might not be considered overtly abusive or neglectful, but were still lacking somehow. It goes into depth about how you might develop chronic feelings of loneliness, or feel trapped playing a role. It also contains a very helpful section on what it means to be an internalizer, something that is true about the majority of members on this forum.

Patricia Evans has written several books about verbal abuse, all of which I would highly recommend. The author specifically points out that verbal abuse often goes unrecognized, even by therapists. She notes in at least one of her books that if you have been physically or sexually abused, it is certain that you have also been verbally abused, and that the verbal abuse may have been more harmful than the physical abuse. Even though I thought I knew a lot already about verbal abuse, these books really opened by eyes. I feel like they should be required reading for everyone, which is not something I often say. 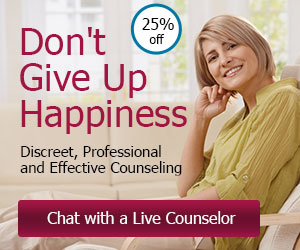 Suggestions on books written with a lot of therapist/client sessions?
7/30/176:42 AM

We're sorry. You must be signed in to continue. Sign In or Register
×

Are you sure you want to remove from your Block List?
×

When you block a person, they can no longer invite you to a private message or post to your profile wall. Replies and comments they make will be collapsed/hidden by default. Finally, you'll never receive email notifications about content they create or likes they designate for your content.
Note: if you proceed, you will no longer be following .
×
Link copied to your clipboard.
×

Be a Patron Member

Get psychotherapy help to make your therapy easier and better.

Yes, I've learned about all the benefits of being a Patron Member (Click here if you missed seeing them: Community Psychotherapy Help

Yes, I understand that...

1. I can do a 7 day free trial and my credit card will not be charged until that period is up.

2. I can cancel at any time before then and my card will not be charged.

3. That once my credit card is charged, there is no refund offered.

Have a special coupon?

4. If I'm using a coupon my receipt won't show the discounted amount (It'll show $7.95). However, I understand that it will go through as $2.95 when I am billed after the 7 day trial. (According to the current promotion, this discount applies to the first three months of my membership - and as long as I use the coupon in the checkout.)*

*Please note that after the 3 months, billing will revert to the regular monthly fee.
**The fee posted below is our standard billing fee (ie. using no coupon).